5 scenic and eco-friendly train journeys in BC

One of the most stunning – as well as sustainable – ways to travel around British Columbia is to travel on one of its dramatic train journeys. British Columbia train trips wind past lakes, mountains, through rainforest and are guaranteed to imprint memories. 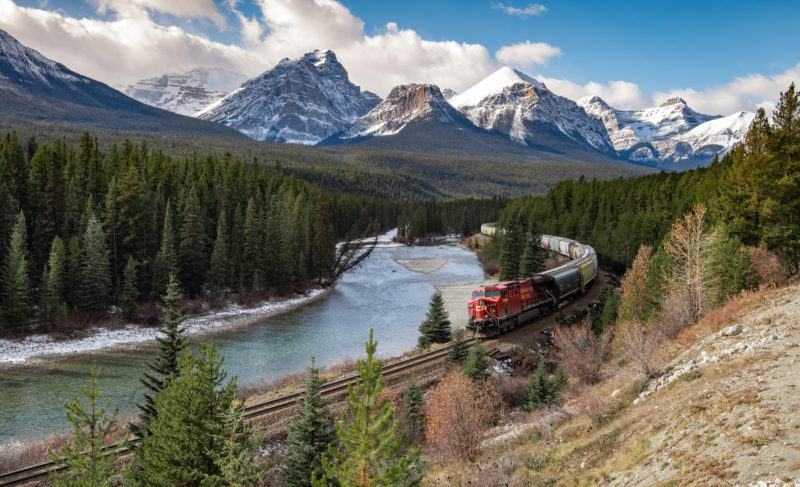 There are essentially three different train routes that link BC to Alberta and beyond:
1. The Canadian, operated by Canada’s national rail operator, VIA rail;
2. The Rocky Mountaineer, which is a privately owned, luxury tourist train;
3. The VIA rail service from Jasper to Prince Rupert in northern BC.

Canada’s most epic train ride, The Canadian ploughs 4,466km over four days between Toronto and Vancouver – and the journey through British Columbia as this great train completes its final stage of the journey is the most scenic. 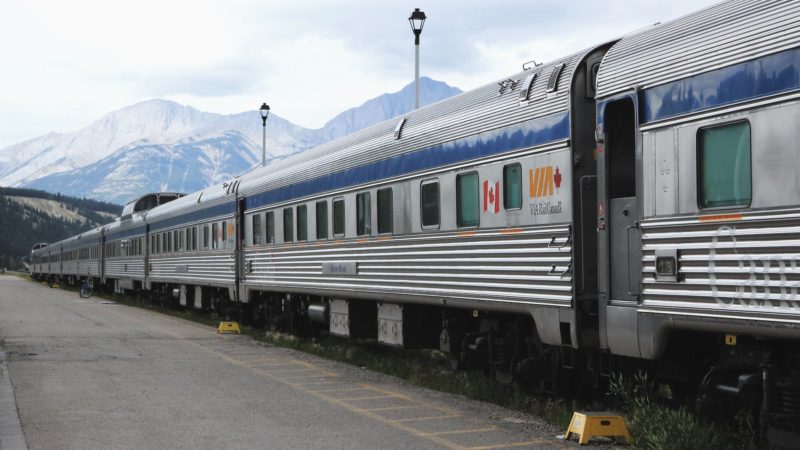 The Canadian train enters British Columbia westbound after Jasper as it heads southwest towards Kamloops, crossing some of the train route’s most dramatic scenery as the train passes through narrow valleys with usually snow-topped mountains.

The Canadian journey begins or ends at Vancouver’s Pacific Central Station, and it’s possible to ride the train for sections such as Vancouver – Kamloops or to Jasper.

Probably Canada’s most famous train, the Rocky Mountaineer is a private enterprise that runs high-end train adventures on three different routes between British Columbia and Alberta. 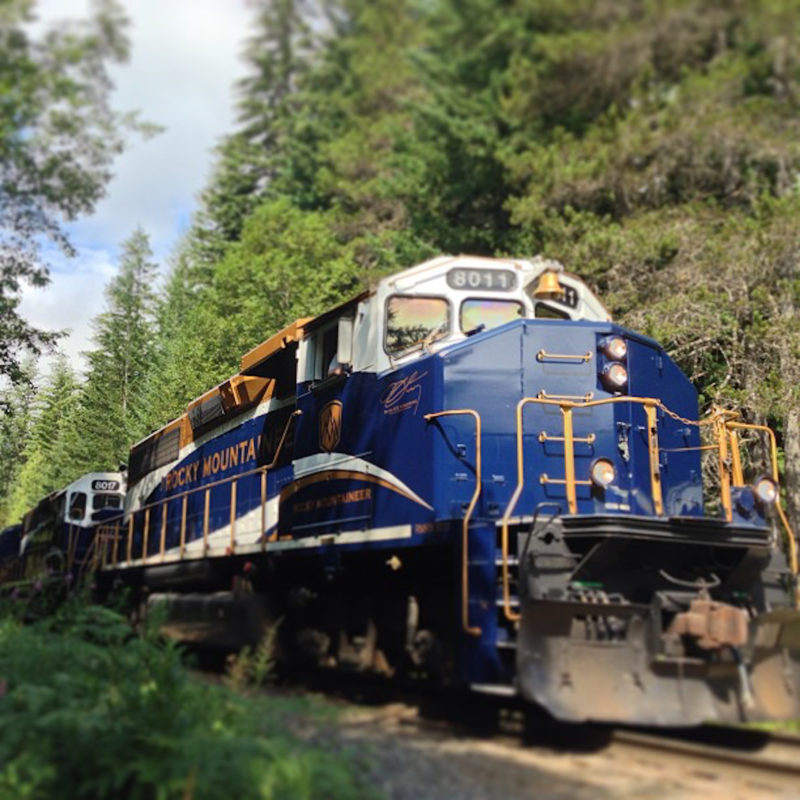 Complete with domed viewing cars, a luxurious dining experience and even bars on board, the Rocky Mountaineer captures train travel at its grandest and best. What could be better than soaking in the crystal lakes and mountains passing by as you tuck into your appetiser?

The Rocky mountaineer offers packages that allow you to take a grand, circular tour of British Columbia and Alberta by rail, with stops along the way, or shorter trips that allow you to start and end in new destinations. Some of its most popular routes are from Vancouver – Kamloops – Banff and Lake Louise.

As one of western Canada’s hottest places to visit, we recommend avoiding Banff at weekends and during the summer peak season when it becomes over touristed. 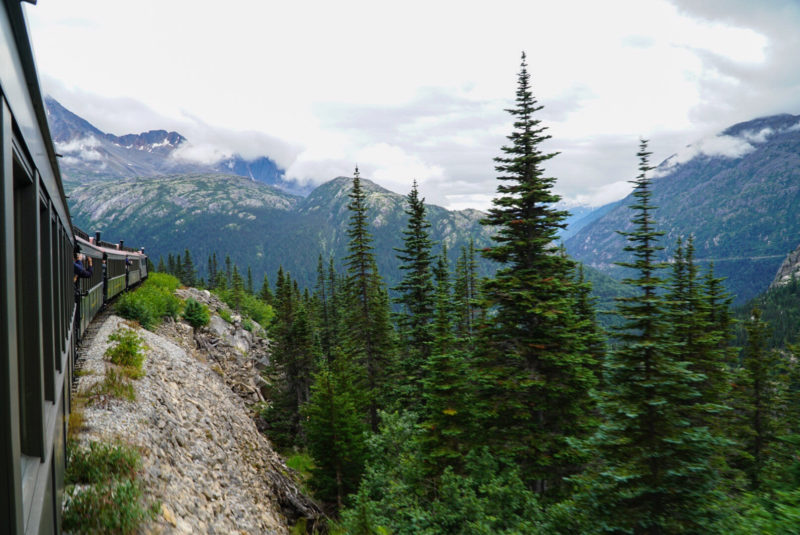 Though the VIA rail Whistler Train ceased operations in 2015, and there is no longer a VIA rail service to Whistler, there is a package offered as one of the Rocky Mountaineer tourist routes between Vancouver and Whistler. 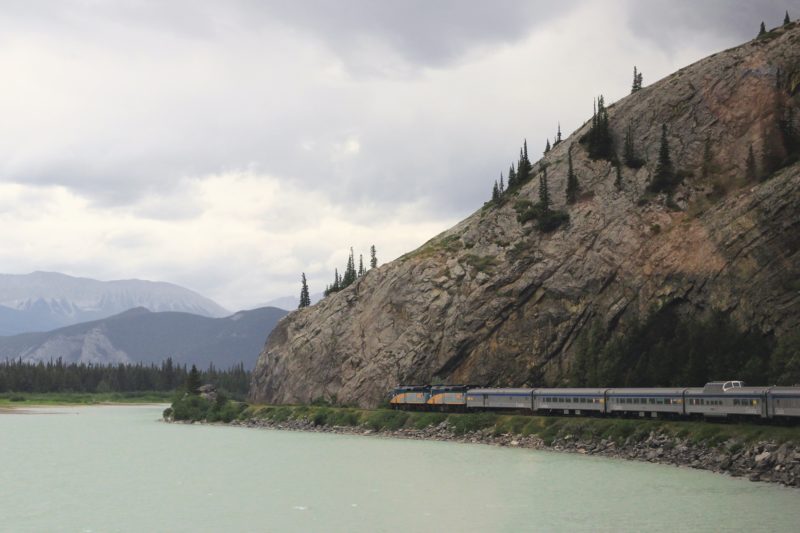 While most visitors stick to Banff and the southern rocky routes, those in the know head further north for a far lesser known rail experience, run by Canada’s state run VIA rail. The “Rupert Rocket” is a lifeline for communities in rural BC, as much as it is a quietly jaw-dropping ride: Its official name is the Skeena Train, which means “River of the Clouds” in the local Gitxsan First Nations language. 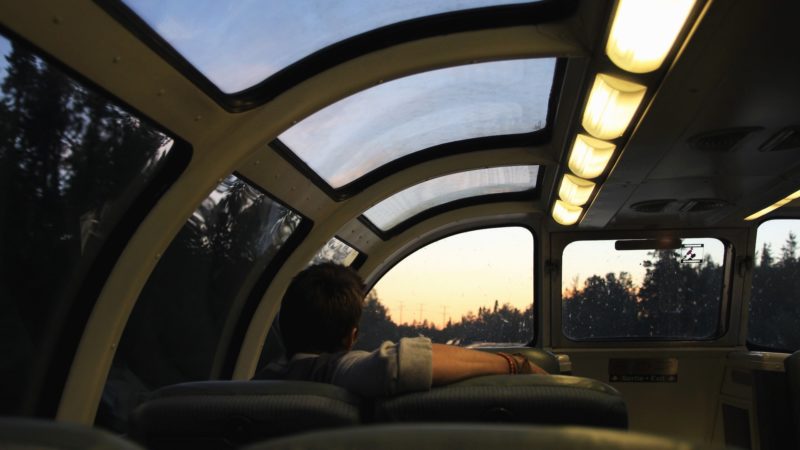 The Skeena Train takes two days to cover 1100km from Jasper to Prince Rupert, with a mandatory overnight stop in Prince George. The train leaves Jasper three times a week, on Sundays, Wednesdays and Fridays.