In our new series we have used the pixels of photographs to showcase just how few numbers are left of some of the world’s most beloved marine animals.

We have created images where each pixel in the photograph represents how many of these species are left.

We have contrasted this against a photograph of the same animal where each pixel represents one hashtag shared on Instagram of that species, showing just how popular these at-risk animals are.

As you can see in our images below the images on the left which represent how many hashtags each animal has on Instagram are much clearer than the images on the right where each pixel represents how many of this species are left. This highlights that these animals are greatly loved in spite of having a dwindling population, and tells us that we need to take action if we want to help protect these species we care about.

Have a look at our full series below.

From our research we found that polar bears are the most popular marine animal on Instagram, with over 1 million images of polar bears shared on Instagram. However, in spite of how clearly beloved polar bears are, they are a vulnerable species with an estimated population of just 26,000.

The biggest threats to polar bears include the loss of their sea habitat due to climate change. So it is our responsibility to help protect polar bears by reducing our impact on climate change through taking actions such as recycling and using greener energy solutions. 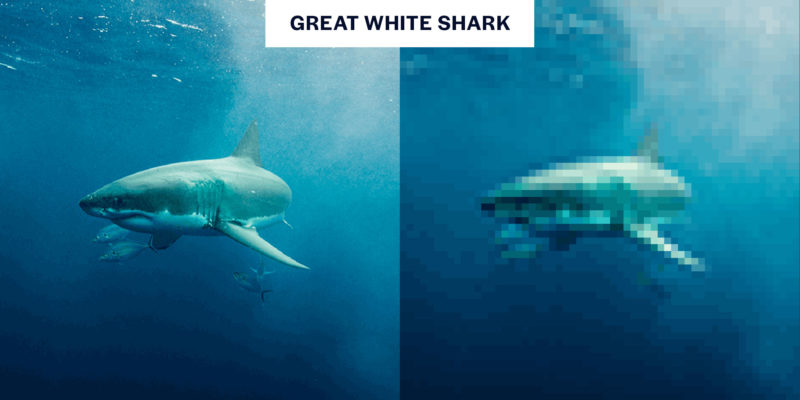 The great white shark is another animal that is clearly popular on Instagram with over 200k images of this type of shark shared on the photo platform. Great white sharks have an estimated population of around just 3,500 with overfishing and hunting being the greatest threats to this species.

The best action you can take to help protect great white sharks is by supporting the abolition of shark hunting and by taking steps to reduce your intake of seafood and only eating sustainably sourced seafood. 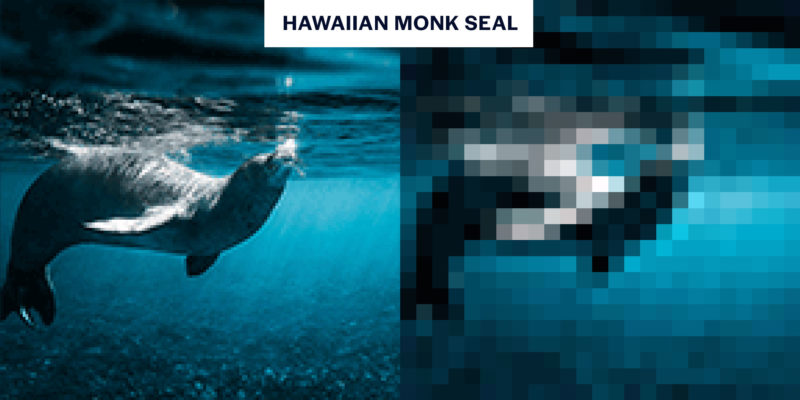 There are over 20,000 images of Hawaiian monk seals shared on Instagram but terrifyingly their population is estimated at around just 632. This makes this type of seal sadly endangered, with the greatest threats including entanglement in marine debris and starvation due to overfishing of lobster, their main food source.

Actions to help protect Hawaiian monk seals include keeping our oceans clean and reducing our intake of seafood. 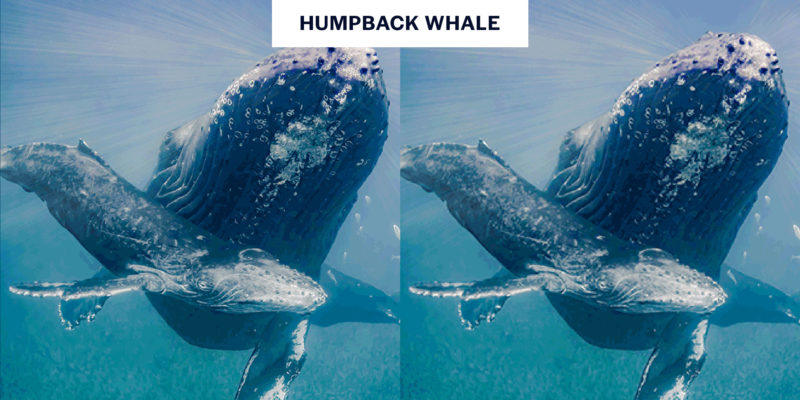 One of the greatest threats to humpback whales in entanglement which is one of the many reasons it is so important to keep our oceans clean and practice responsible ocean leisure and tourism activities which don’t harm our wildlife. 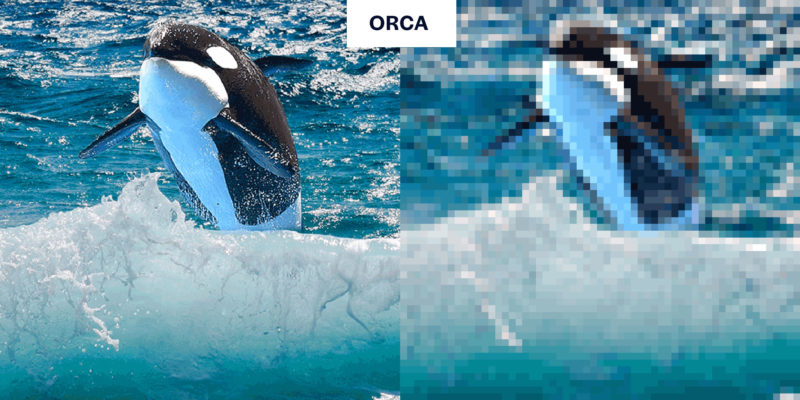 The orca is the second-most popular marine animal accordion to Instagram, with well over 600,000 posts of killer whales posted. The population of the species is low at an estimated 50,000.

One of the greatest threats to orcas is tourism attractions which keep orcas captive in unnatural environments. The biggest step we can take to protecting the majestic animals we admire is by standing against business who keep orcas captive, and allowing these species to roam free in their ocean environment.

How You Can Help Protect Our Oceans

Spreading awareness of positive ocean behaviour is a core ethos of Positive Travel.

You can find out more about how to help protect our oceans and the steps which different countries around the world take to provide sustainable ocean tourism and conserve their oceans with our comprehensive Positive Oceans Index research.

You can also sign up to our pledge to promise to take positive action to help look after our oceans.