5 way to contribute to BC local culture and heritage 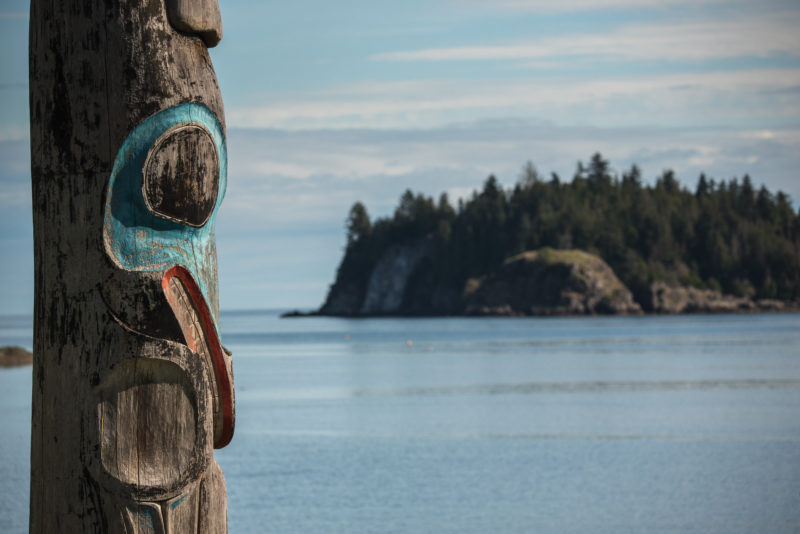 Totem poles in the British Columbia island of Haida Gwaii. Haida poles, some of which are 300+ years old.

The islands have been occupied by the Haida nation for 13,000 years, but the Haida population numbers fell as low as 600 in the 1800s, following European invasion and the onset of unfamiliar diseases such as smallpox and measles. Today, the Haida population has rebounded to make up around 50% of the total population of Haida Gwaii.

In 2009, the original Haida name was restored to the islands, which had been named the Queen Charlotte Islands by colonists in 1787. In the Haida language Haida Gwaii means “Islands of the People”.

Haida Gwaii offers some of the finest adventure, wild exploration and diverse culture in Canada to those willing to spend the time and resources to visit. The best time to visit Haida Gwaii is in late May or June, before the summer visitors arrive (plus May and June are actually Haida Gwaii’s sunniest months). 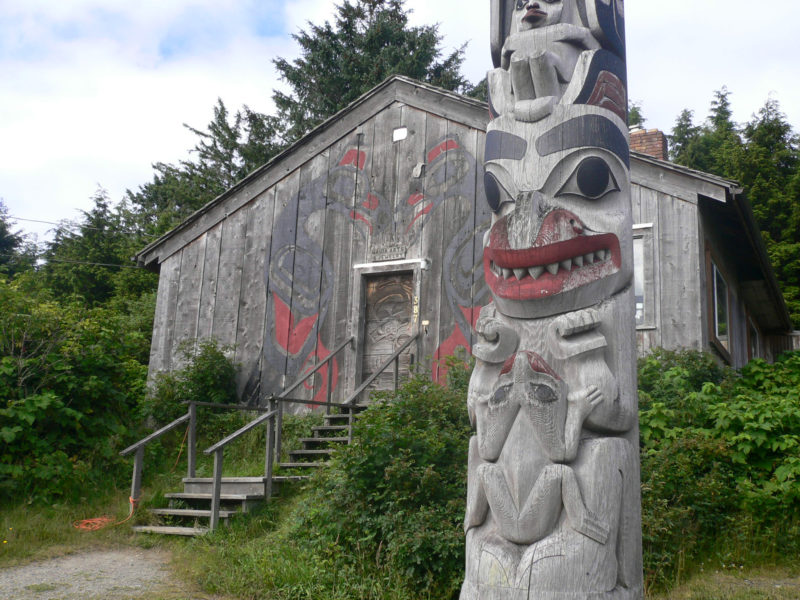 Haida House – Formerly a trophy bear hunting lodge on the east coast of northern Haida Gwaii, today Haida House is a 100% Haida owned pioneer of sustainable, community based tourism on Haida Gwaii.  The house is a cultural lodge which focuses on sharing the history of Haida Gwaii and its people with integrity with future generations.

Haida House offers 3, 4 and 7 night packages inclusive of all meals and activities focused on culture and nature.

Sister property, and also Haida owned, Ocean House is a contemporary resort and spa located near Masset, on the north coast of Haida Gwaii. The Spa is Haida inspired, the restaurant sources ocean-wise certified seafood and creates magic with Haida inspired recipes in what they call tide-to-table.  Ocean House is Sustainable Tourism Gold certified. The resort is guided by the Haida principle of “Yahguudang” – respect for all living things and the interdependence that binds us.

Haida Gwaii is split into two main islands, over a hundred smaller ones. Access to the southern Island is mostly limited to boat and float-plane, with the exception of Sandspit and Moresby Camp – see our +Move section below for more information on getting around. 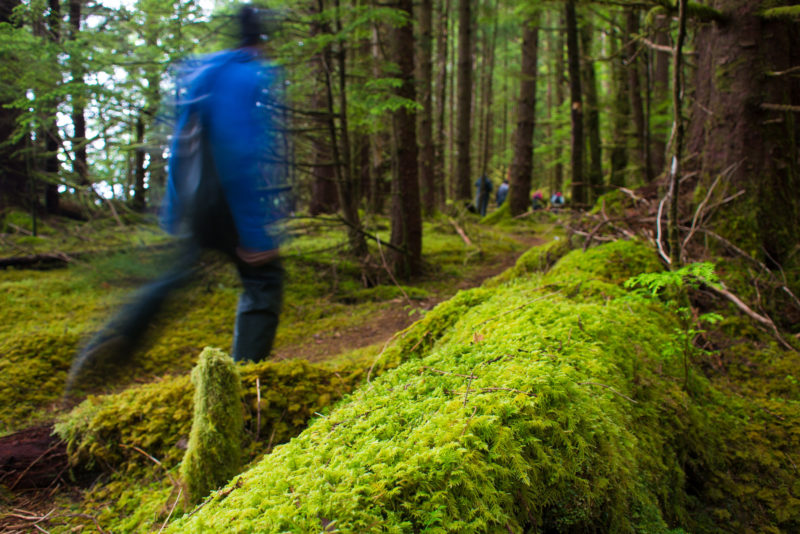 Hiker in the forest of Hadia Gwaii, British Coumbia

Gwaii Haanas is rightfully one of Haida Gwaii’s biggest draws. This national park and marine reserve comprises the southern end of Moresby Island as well as 137 smaller islands, and is a UNESCO listed site. There are daily caps on the number of visitors and a permit is required, so plan ahead. Access to the park is only by boat or floatplane, the best way to access is on an organised multi-day trip with a licensed operator such as Haida Style Expeditions or Moresby Explorers.

The Haida Heritage Centre at Kay Llnagaay in Skidegate is an award-winning aboriginal heritage centre, with beautiful totem poles, weaving exhibits, and showcases the vitality and history of Haida Culture. It’s also home to the Haida Gwaii museum, and during peak summer there are regular cultural events and musical performances outside the centre by the ocean.

Masset, on the far northern Coast of Haida Gwaii is a small town that’s home to some charming bed & breakfasts, Charters Restaurant which is renowned for its fresh seafood, as well as the Wind Spirit Gallery, which showcases Haida art. Or you can go for a walk along the shoreline for some beachcombing.

SGaang Gwaay llnagaay (Ninstints) is located within the Gwaii Haanas national park reserve, and is an abandoned Haida village where totem poles carved from cedar trees still stand. It was the most southern of the Haida settlements, protected from the elements by its rocky bay. Today it is the largest collection of totem poles still in their original location. The site is emblematic and highly significant to Haida culture. 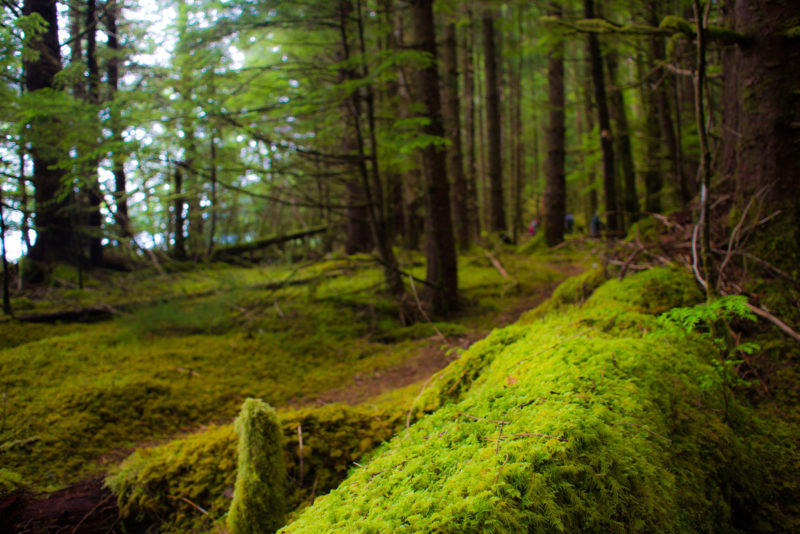 Haida Gwaii offers a rare chance to see and learn about First Nations culture in Canada, in a way that has breathed new life to Haida traditions for the present generation. Take time on your trip to learn about and acknowledge Haida culture, which was persecuted and nearly lost in the 1800’s as the population was all but wiped out. You may even have the opportunity to attend a potlatch – an important indigenous ceremony that was made illegal under the Indian Act in Canada until 1951.

The islands of Haida Gwaii see relatively few visitors and are not set up for mass tourism: These are islands free of retail chains, high-speed wifi and convenience products. Instead, they’re a place to appreciate and be at one with nature and Canada’s cultural heritage. Many hotels and tourism companies are locally owned, and we suggest supporting them whenever you can. 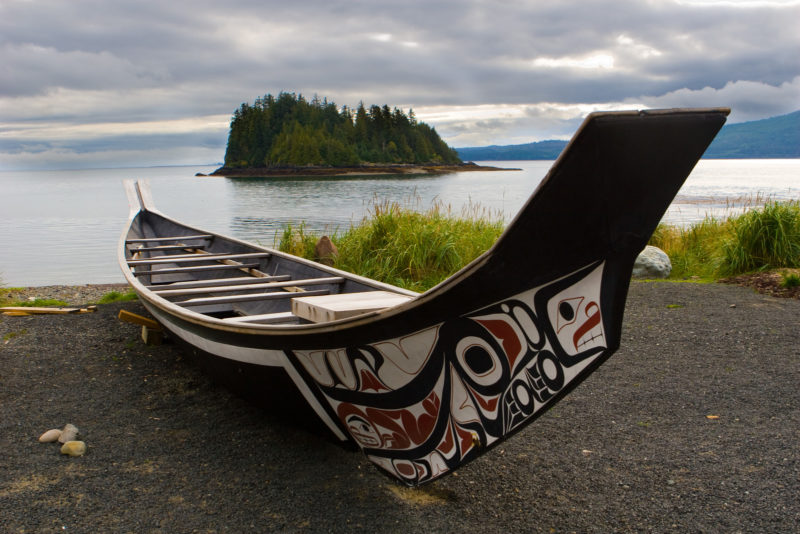 A canoe rests on the shoreline in Haida Gwaii.

Haida Gwaii is remote – it’s been called the edge of the world (and that’s not far off). Getting to and travelling around Haida Gwaii takes time and a budget. During winter, ferry crossings are cancelled if the Hecate Strait gets stormy, and much of the island shuts down during colder months.

Getting to Haida Gwaii

The lowest-impact way to reach Haida Gwaii is by boat. BC Ferries runs a weekly service from Prince Rupert to Skidegate year round, with an increased frequency of crossings during summer months. The crossing from Prince Rupert takes eight hours and reservations are strongly recommended.

You can fly by commercial aircraft to Haida Gwaii’s Sandspit airport, located on Moresby Island. There are regular flights from Vancouver and some regional destinations in British Columbia. Note that reaching the airport takes time from Haida Gwaii’s northern island (Graham Island) and you’ll need to wait for the car ferry at Skidegate landing several hours ahead of time. There’s also a small airport at Masset.

Getting Around Haida Gwaii

There’s no public transportation in Haida Gwaii, and Moresby island does not have many paved roads south of Sandspit. On Graham Island, you can drive between Masset, Port Clements, Tlell, Skidegate and Queen Charlotte. There are car rental agencies in Masset and Skidegate, or you can bring your car over from Prince Rupert on the Ferry (book well ahead).

Other options for getting around include taxi or shuttle services between communities/towns or arranging transportation through one of Haida Gwaii’s tour operators.