The Top 10 Most Instagrammed Marine Animals

At Positive Travel our ethos is promoting sustainable travel options, and encouraging positive ocean interaction is at the heart of that.

Marine life makes up 50-80% of all living creatures in the world, and that’s why we at Positive Travel are on a mission to help encourage everyone to conserve and care for our fascinating sea creatures.

That’s why we decided to crunch some numbers and find out some of the most beloved sea animals of all, to remind everyone how important it is that we continue to protect these species.

We took to Instagram and analysed how often over 300 different marine animals had been hashtagged on the photo-sharing site, to determine which are the most popular marine animals of all.

Coming out in the top spot is the majestic polar bear with a whopping 1.3million photos of polar bears shared on Instagram.

Read on below for the full results. 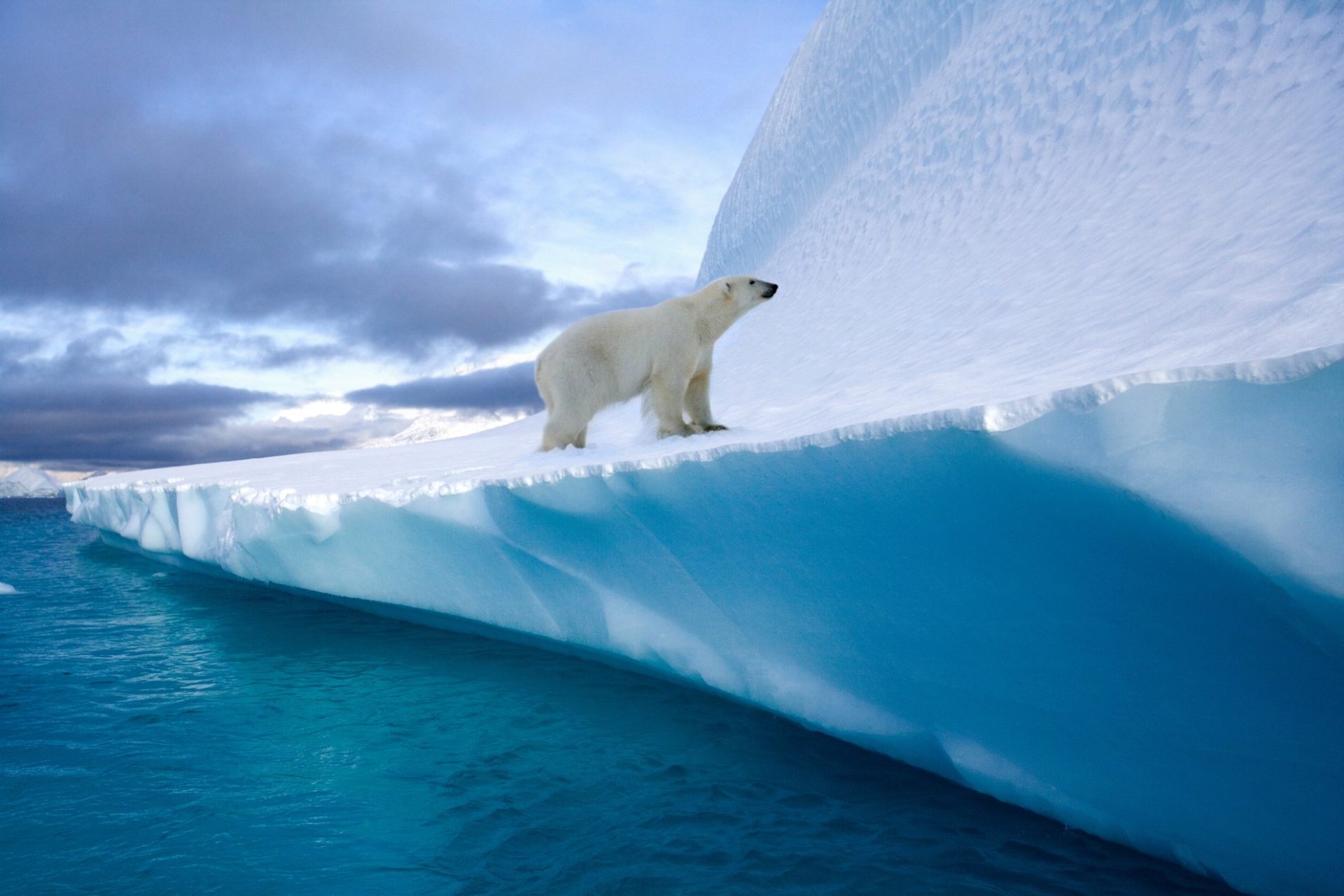 The polar bear may not be the first animal you associate with marine life, but the Arctic animal is indeed a marine animal due to the fact it spends most of its life on the ice of the Arctic. The polar bear is the only bear in the world classed as a marine animal. Clearly polar bears are beloved by Instagram users, with over 1 million hashtags on the site including by those lucky enough to have witnessed the incredible creatures in their arctic home. Polar bears are classed as vulnerable species, with the biggest threat to their environment being the loss of their sea habitat due to climate change. There are now estimated to be between 22,000 – 31,000 polar bears left in the world. We can help to protect polar bears by working to lessen the impact of climate change through actions such as reducing the use of plastic, recycling and using greener energy solutions. 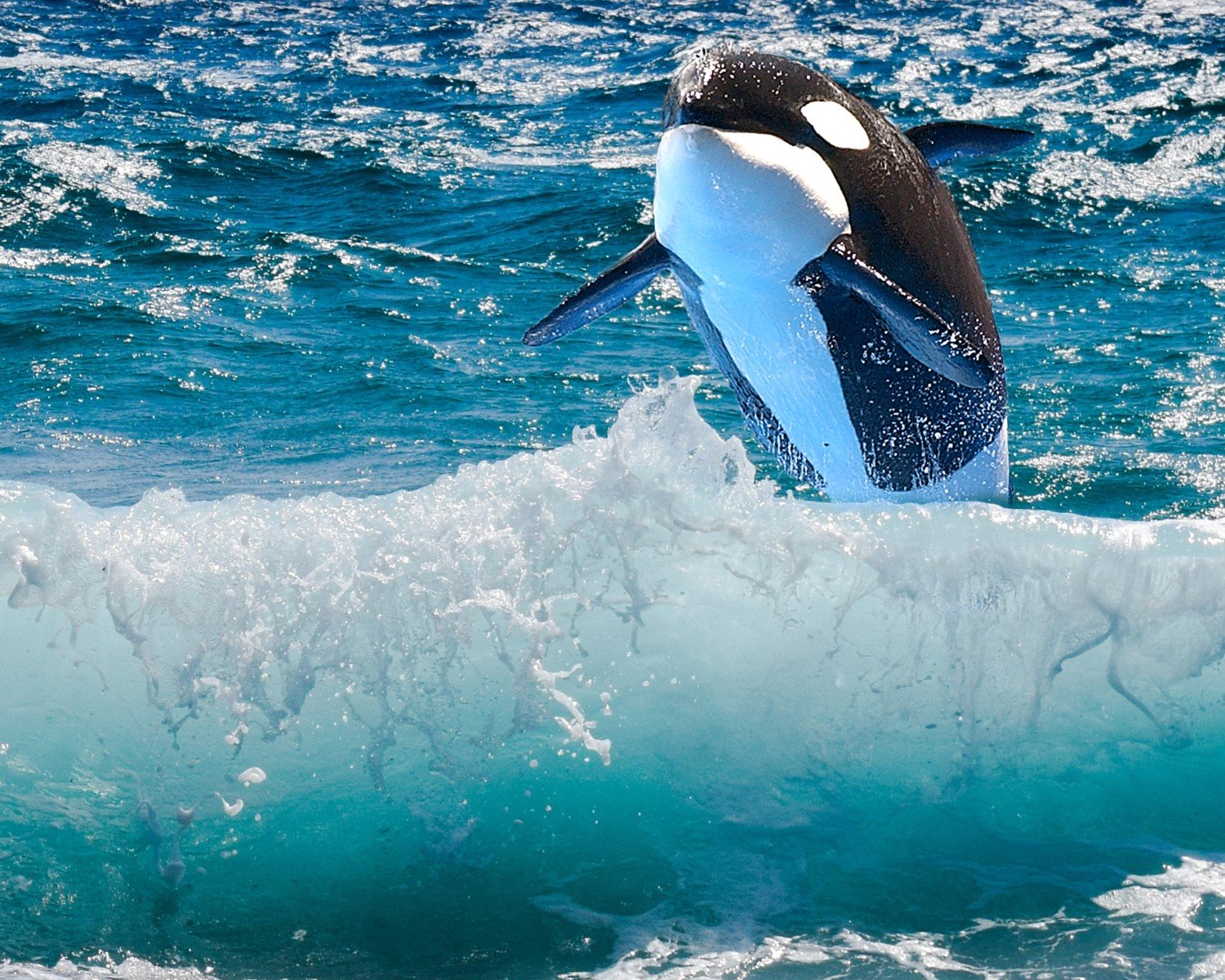 The orca, also known as the killer whale, is of course one of the most iconic sea animals in the world, which is why there have been over 600,000 images of the whale shared on Instagram. The orca is the biggest species in the oceanic dolphin family to which it belongs, with around 50,000 living in the world today. Orcas can be found in every ocean in the world, and despite the name ‘killer whale’ they are actually of no risk to humans. That said, humans can certainly be a threat to orcas – from being kept in unnatural environments in theme parks to causing a threat to their ocean environment. We can help to protect orcas by not supporting organisations who keep orcas captive in poor conditions, and by taking steps to reduce the impact of climate change on our oceans. 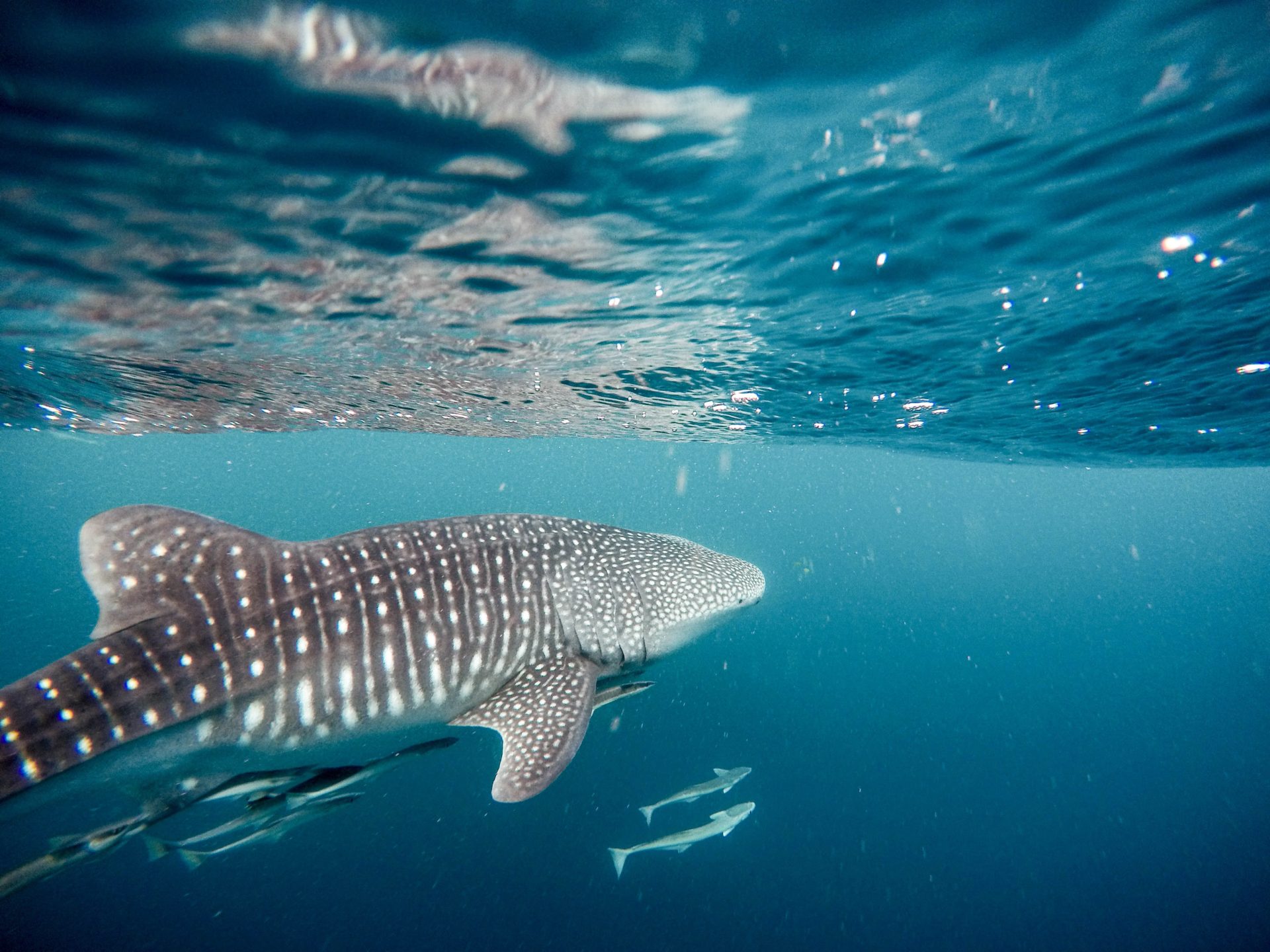 The funnily named whale shark gets its name for being a shark which is as big as a whale. The whale shark’s size is something to behold, and it is the largest living non-mammalian species in the world. Its huge size helped it rack up over 500,00 photos on Instagram. The largest whale shark on record comprised a length of 18.8m. Whale sharks can be found in many countries around the world, including in Australia, Asia and South America. Because there has been such a significant decline in the whale shark population in recent years, the exact number of the species alive is unknown, with an estimated population size between 119,000 and 238,000. The biggest threats to whale sharks come from the loss of habitat due to overfishing, coastal development and pollution. Help to protect whale sharks by cutting down on seafood consumption and supporting sustainable travel options in coastal areas. 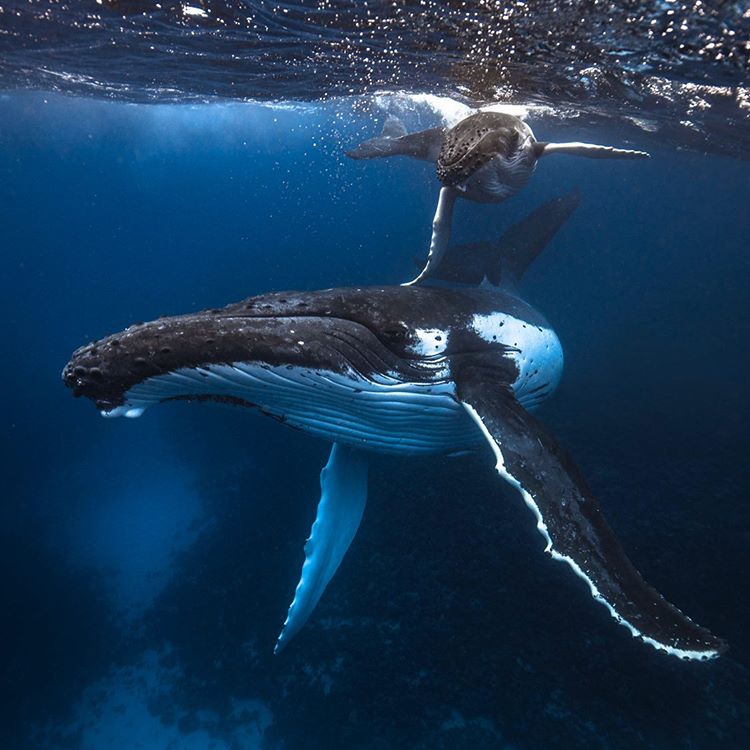 Humpback whales can be found in oceans across the world, and are known for their haunting ‘songs’ which are a complex series of calls that can be heard by other whales from many miles away. The species are a favourite of whale-watchers because of their habit of leaping out of the water or emerging nose-first from the sea, which explains why there are almost 300,000 images of humpbacks whales on Instagram. Humpback whales get their name from the characteristic hump in front of their dorsal fin, and also have unusually long flippers. They were ruthlessly hunted until the 1985 law on commercial whaling, but now the biggest threat to the species is water pollution, dangerous fishing gear or collisions with boats. You can help to protect humpback whales by supporting the continued ban on whale-hunting across the world, and taking steps to reduce the amount of pollution in oceans everywhere. 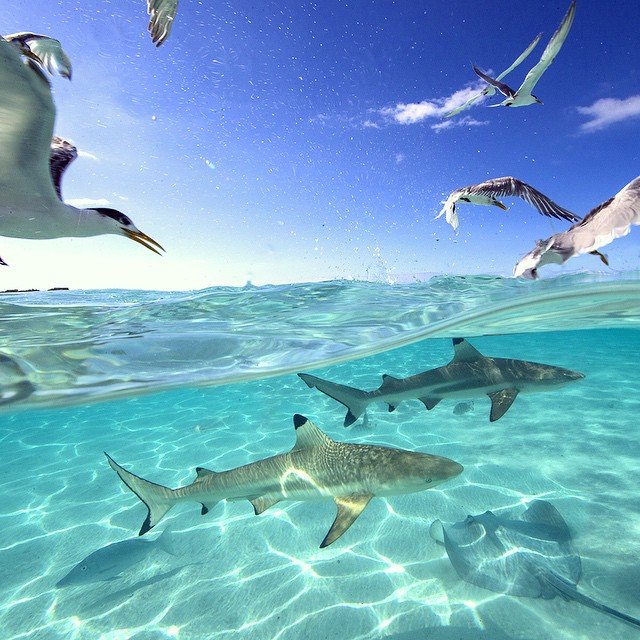 It is perhaps the fearsome reputation that ‘Jaws’ gave to great white sharks which makes them Instagram’s fifth most popular marine animal, although in real life they are much less vicious than the film would suggest. Great white sharks are found in cold, coastal seas around the world and tend to grow to around 15 feet in length, making them the largest predatory fish on the planet. With 300 serrated teeth and an incredibly heightened sense of smell, these sharks prey on a variety of other sea creatures, including other sharks and whales. Their population has been affected by overfishing and hunting however, and scientists agree that the number of great white sharks in the ocean is decreasing to the point that they can’t estimate how many are currently living in the wild. The best way to protect this species is to support the abolition of shark hunting, and also either cut down on your seafood consumption or try and eat only sustainable seafood. 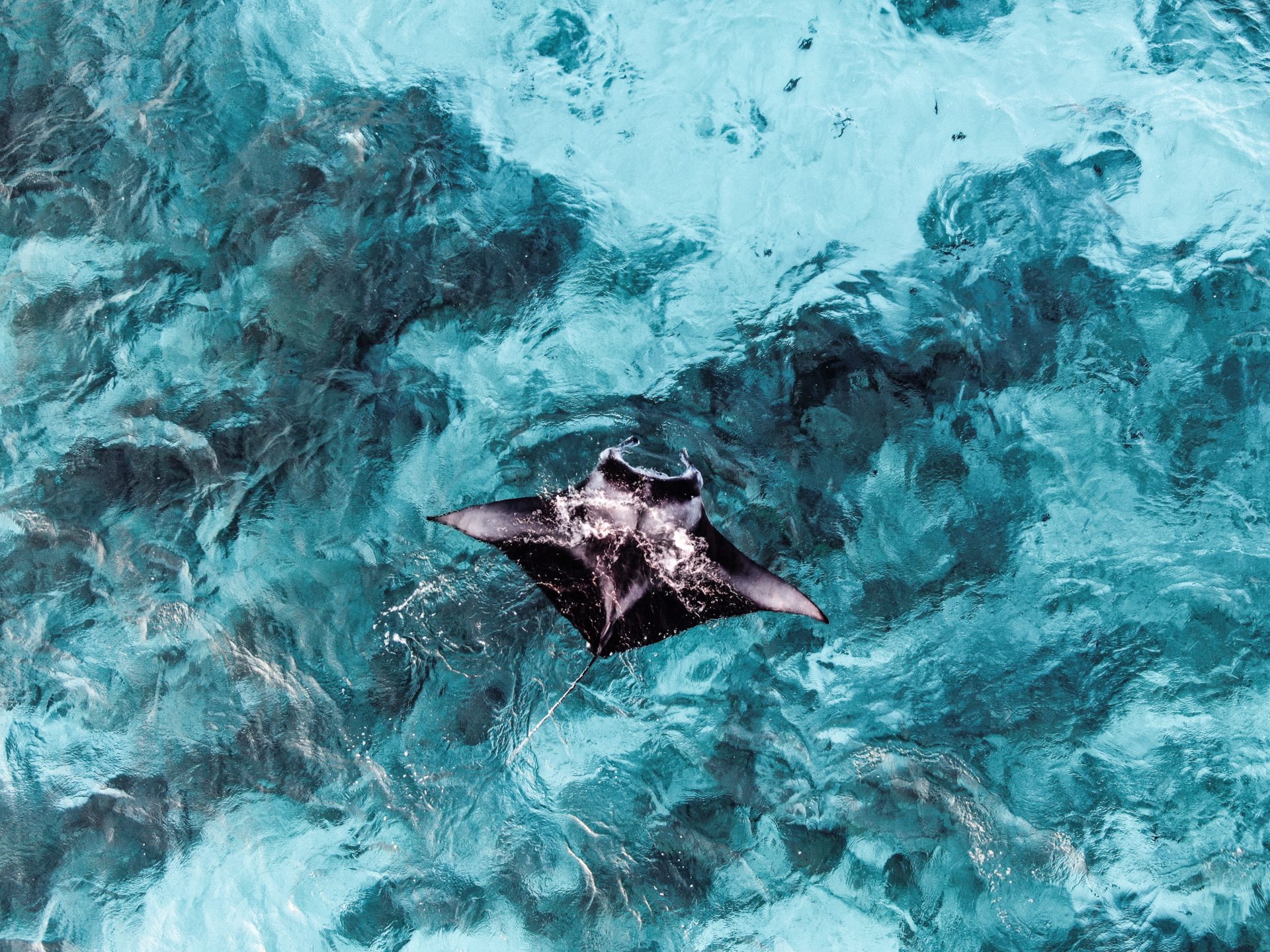 The giant manta ray gets its name from the Spanish word ‘manta’ which means blanket or cloak, describing the flat shape of the creature. One of the largest fish in the world, the manta ray is a truly unique marine animal, with 281,653 photos tagged on Instagram confirming their status as one of the most popular as well. Manta rays are spread out across the oceans of the world, with small estimated regional populations that range from 100 to 1,500 of the sea creatures. Studies have shown that manta rays possess incredible intelligence, which makes the fact that they are almost an endangered species even sadder. The primary threat to manta rays is fishing, both indirectly and through targeted fishing where the species is caught for its gill rakers, which are used in some traditional Chinese medicine. Climate change and the destruction of their natural habitat has also affected the manta ray population, and one of the best ways that we can help protect and preserve the species is to work to reduce the impact of climate change. You can help by using renewable energy, cutting down on waste and reducing your carbon footprint by living more sustainably. 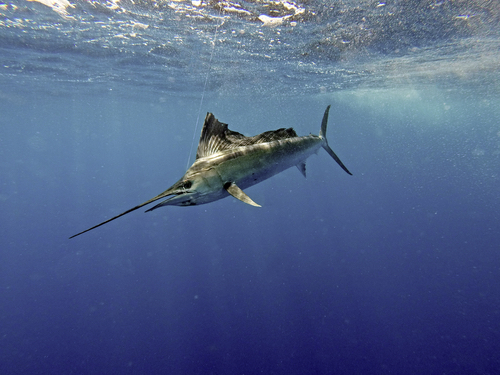 The sailfish is a marine animal that is known both for its pointed bill (like a swordfish), and its tall, sail-like dorsal fin which inspired the name ‘sailfish’. These marine animals can grow up to 11 feet in length, and are found in warm and tropical water across the world. The sailfish is thought to be the fastest fish in the ocean, but has managed to be captured on camera and tagged by over 250,000 Instagram users, which is pretty impressive! This reputation, along with their spectacular dorsal fin, makes sailfish a popular target for game fishers, who have affected the population density of swordfish in some areas. The species is not under threat of becoming extinct but is affected by the changes in sea temperature and marine ecosystems that are caused by climate change. The best way to help prevent damage to our oceans is by reducing the amount of single-use plastic we use to avoid polluting the seas with waste, living more sustainably and supporting organisations who do marine conservation work. 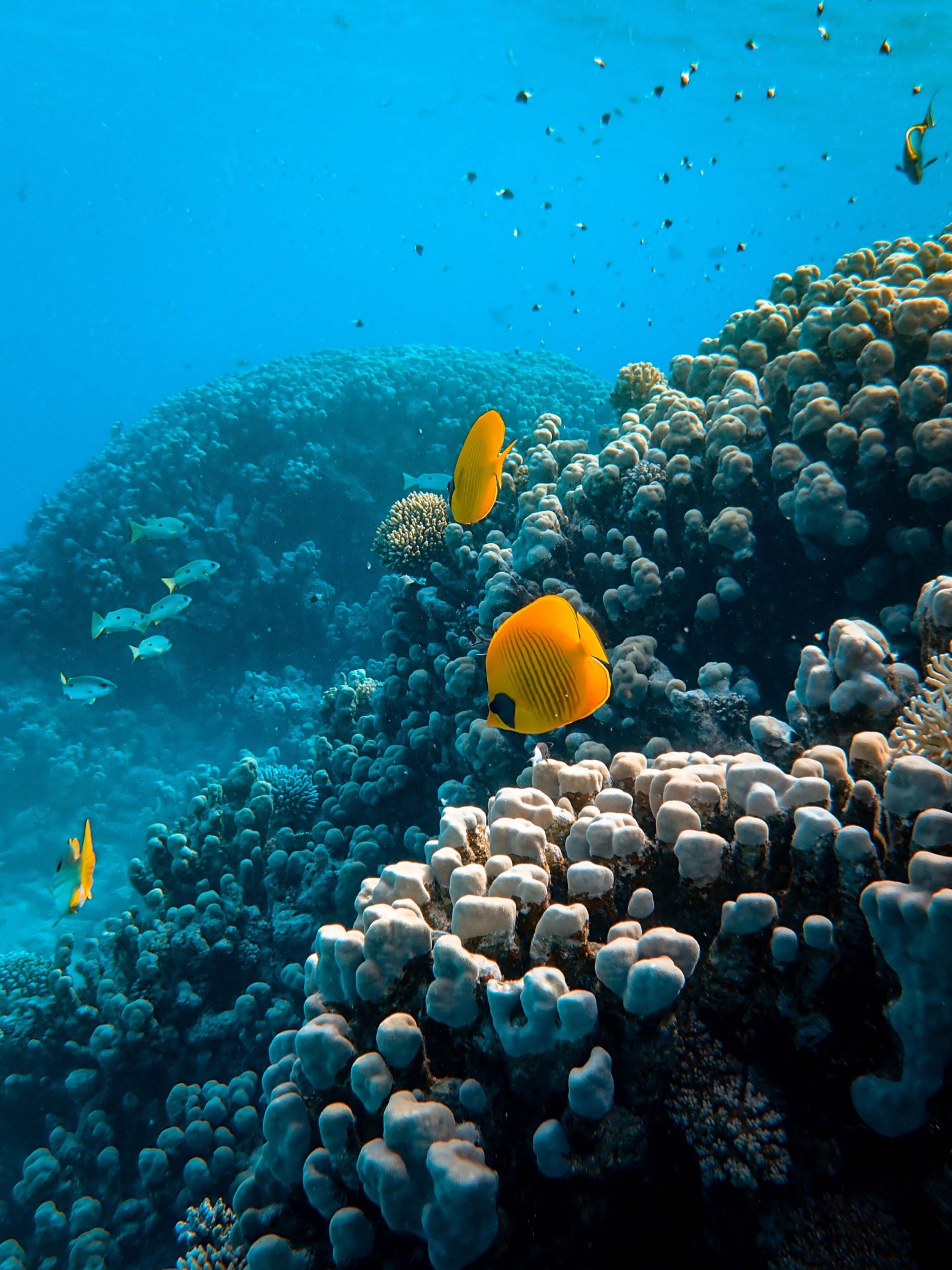 Queen Angelfish are one of the Caribbean coral reef’s most colourful fish, with over 200,000 images of the species tagged on Instagram proving that they are also one of the reef’s most popular photo subjects. The royal title bestowed on this tropical fish comes from the blue-ringed black spot on its head, which makes it look as though it’s wearing a crown. Angelfish are fairly shy, and often only found on their own or in pairs amongst their reef habitats. They are larger than most other fish who live amongst coral reefs and can grow up to 18 inches in size. Their colourful blue, yellow and orange scales mean that they are frequently captured and taken from their natural habitat to be displayed in aquariums.

The species has not been severely affected by this practice, but they are at risk because of the negative effects that climate change is having on coral reefs. Without this marine habitat hundreds of tropical species like the angelfish are at risk, and you can help to protect them by reducing your carbon footprint, avoiding putting chemicals into the water system, and volunteering to help with beach and ocean clean-up programs. 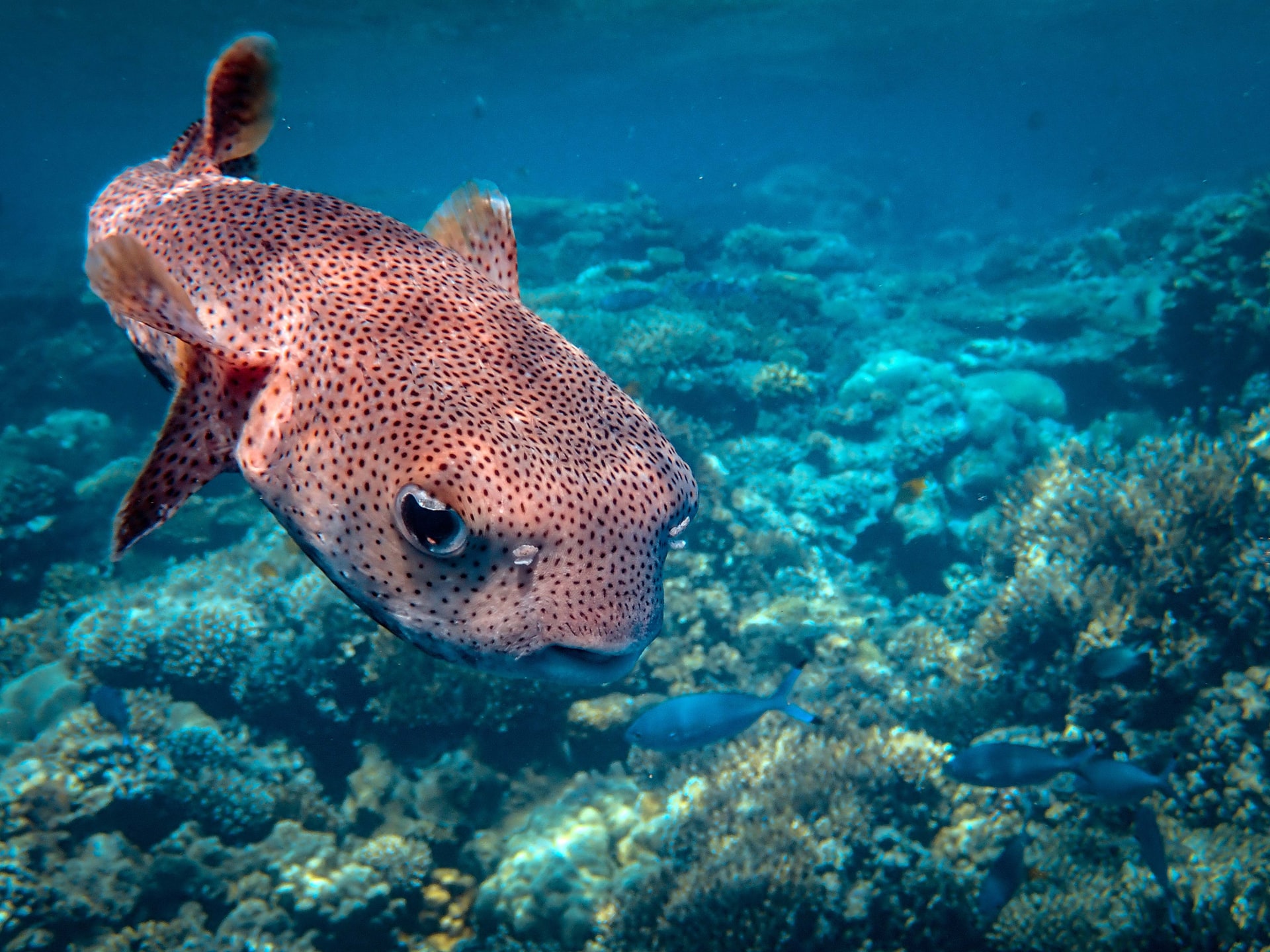 Pufferfish are one of the world’s best-known sea creatures, and despite their small average size they have been snapped and tagged by Instagram users over 200,000 times. There are a variety of different species of pufferfish, but all have the unique ability to ‘puff up’ in the case of a predatory attack by rapidly ingesting a lot of water or air and making themselves much larger and more inedible. Pufferfish are also dangerous without inflating however; they contain a poisonous substance called tetrodotoxin which is very harmful to other fish and lethal to humans. There are more than 120 species of pufferfish worldwide, found most often in warm seas but also occasionally in fresh or brackish water. Whilst the population of most pufferfish is considered to be stable, some species have been affected by pollution, overfishing and the loss of natural habitat. To stop these species becoming endangered, we can ensure that we are reducing water pollution by travelling responsibly across the ocean and trying to cut down on the plastic waste that we throw away. 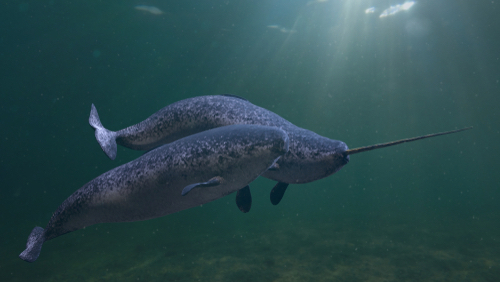 Adult male narwhals are most easily identified by the long tusk that protrudes from their head, which is often mistaken as a horn and can reach over six metres in length. The purpose of this tusk is still unknown, but scientists have theorised that it could be an important part of narwhal mating rituals, to impress females and fight competitors. Found in arctic waters, these ‘unicorns of the sea’ are a kind of porpoise that tend to travel in large groups and grow between three and five metres long. Narwhals are an incredibly endangered species that are close to extinction, but despite this there are over 200,000 photos of the rare creatures tagged on Instagram.

Although narwhals are hunted by the indigenous people of northern Canada and Greenland, it is climate change and the damage to the Arctic that is really affecting the narwhal population and threatening its existence, and now there are thought to be less than 120,000 narwhals left in the world. To help stop this incredible species going extinct, you can work to reduce your carbon footprint and support charities and organisations that are fighting climate change.

To produce our study, we compiled a list of over 300 different marine animals. We then used the Instagram hashtag feature to analyse how often the name of each species had been hashtagged on the site.

We decided to narrow in on marine animals at a sub-species level i.e. emperor penguins and humpback whales rather than a more general level search for #penguins or #whales. While at a top-level #penguins, #whales and other popular marine animals have millions of hashtags on Instagram we decided it would be more interesting to investigate the different types of each species in more detail.

Throughout 2020 Positive Travel is taking key action to promote positive ocean behaviour. You can find out more about how to help look after our oceans and sign the Positive Oceans Pledge here.