“From an endless beach of reality, we take a grain of sand and call it the world.”

If the grain of sand is what we know and the beach what there is still to discover and explore, can you imagine the vastness of beauty and wonders still awaiting to be seen out there?

We think of sand spread across idyllic beaches and endless deserts as an infinite resource. We rarely think that it is part of our daily life from the buildings we live in to the roads we drive on and the pavements we walk on. It is amazing to what extent our life is linked to this material and hard to imagine that sand is the humblest commodity in the world.

Did you know that sand is the most extracted material on Earth, even more than fossil fuel?

Each year more that 11 billion tons of sand are mined. It is the basic material to produce cement and asphalt. With a growing urban population there is a growing demand for sand and increasing stress on related eco-systems. The very same places that we admire and cherish during our travels and explorations: beaches, deserts and mountains.

So next time you take a walk on the beach or go dune surfing think about this: sand is life and deserves to be respected. And it is not the coarse grey mass mixed with stones we are taking about but the warm shades of sand ranging from white to gold, from yellow to deep orange. Take a walk on the sandy side and get inspired.

“From Cambodia to California, industrial-scale sand mining is causing wildlife to die, local trade to wither and bridges to collapse. And booming urbanisation means the demand for this increasingly valuable resource is unlikely to let up.”
The Guardian.

A journey made of 50 shades of sand

We are taking you on a journey through 50 SHADES OF SAND. Each story more amazing then the other.  One that will make you dream of magical places, nostalgic hideaways and fairy tale castles. One that will explore the customs and traditions of sand people. One that looks at the darker story of sand and the impact of its extraction on planet and people, +principles. And last but least one that that looks at how we can make a positive impact through our travels, as mindful and conscious travels, +guests. Each one of these places is carefully selected to show a different shade of sand that tells its own story. Join us to explore these amazing places. 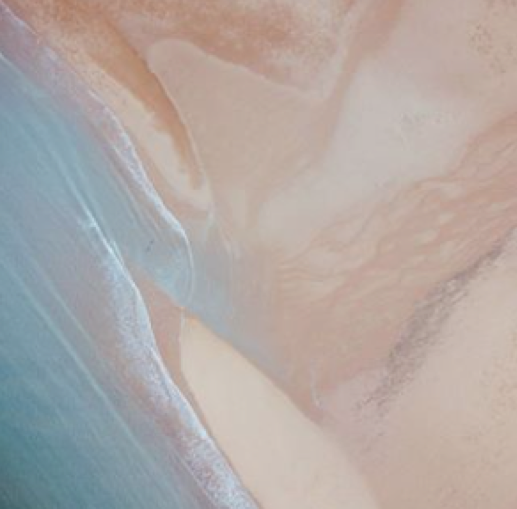 Hay Point, Australia
50% of Australia’s coast is composed of sand. There is a subtle beauty to changing coastlines. If you take a walk on the beach regularly you can witness this miracle of nature.  Coastlines are affected by tides, seasons and many other natural phenomena. However, scientist predict that some of Australia’s coastline can recede by as much as 100m by 2100, due to mining and climate change. To preserve some of its iconic beaches there is an initiative to bring sand from elsewhere in the country. 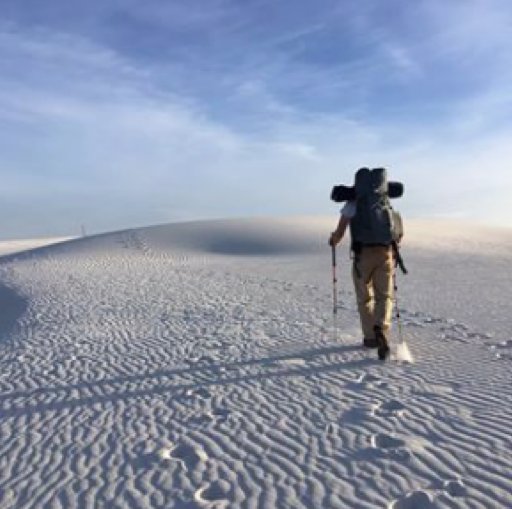 WhiteSands National, US
Sand so white it looks like snow. It is not a trick of the eye. However, there is more to the desert than meets the eye. These is a unique and divers eco-system that has learned to live with extreme and sometime harsh conditions: vast temperature variations, lack of water and scarce nourishment. And yet, some deserts have as many as 2500 species inhabiting them. White Sands National Monument is one of them 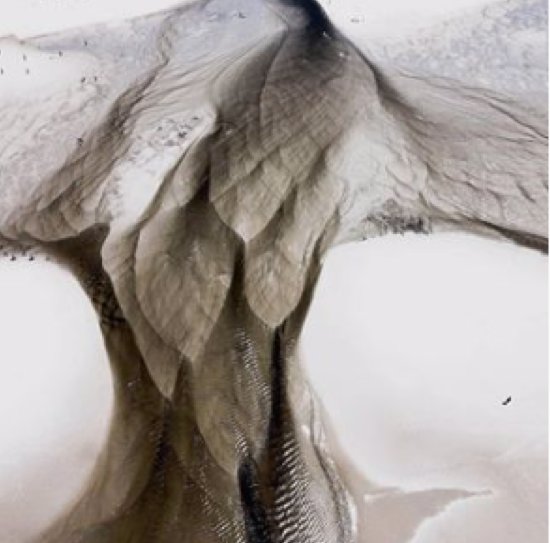 Aquitaine, France
Sand is an art form from sand castles and sculptures to sand painting, mandalas and even animations. Did you know that Guidi was inspired by sand to build the Sagrada Familia in Barcelona?

In Asia, Buddhist celebrate and show their respect to this humble material by making sand mandalas. This form of sand painting art dates back to the XIV century.

However, the most spectacular sand artist of all times is nature itself. Just look at the beauty and aesthetics of this image. 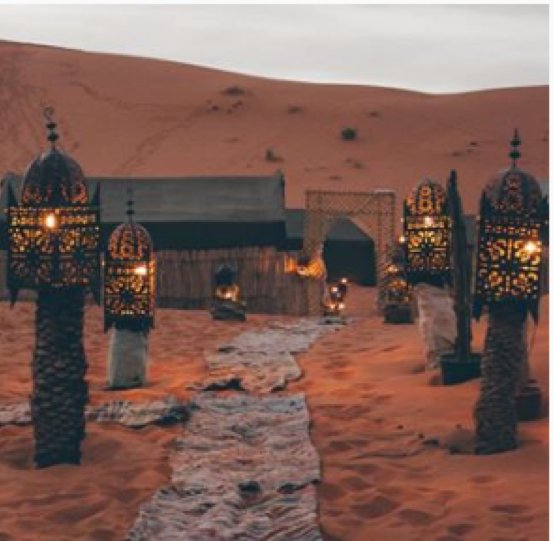 Morocco Desert
If you were to be whisked away to the scene of a 1001 nights’ fairy tale, would it look something like this?Desert camps have a subtle beautify and a dreamy quality to them. The feeling of the warm sand, its intense colour, the absolute quietness, serene sunsets and starry skies make these places amazing Also many camps are self-sufficient and make considerable efforts to reduce their environmental impact, including careful use of resources and waste management. 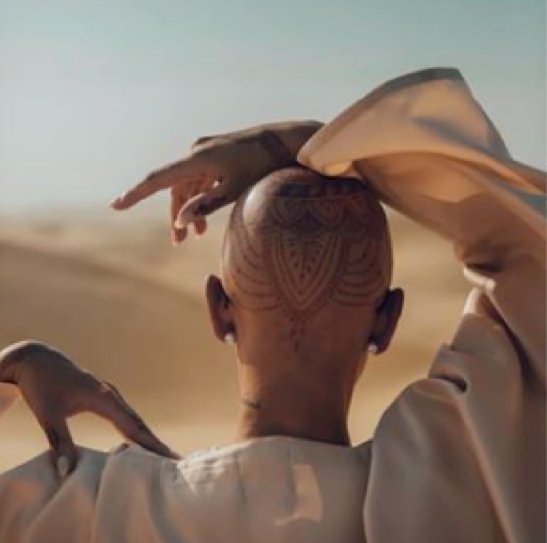 Dubai Desert, UAE
Body art?! Can you guess what it is? 80% of the Emirates is covered by sand. Its people are descendants of desert people.The region has a vivid history of beauty traditions and rituals, from early forms of cosmetics to aromatic perfumes and essential oils. Perhaps the most well-known beauty ritual is the intricate body art created with henna dye, which plays an important role in the lives of many Arab women.For over 5000 years henna has been a symbol of good luck, health and sensuality in the Arab world and is still used for wedding ceremonies. 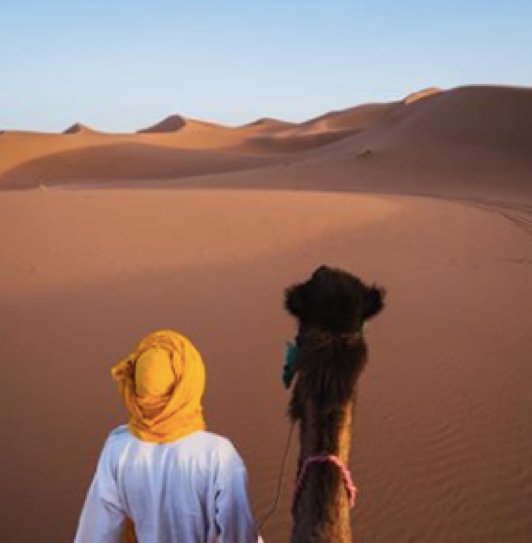 Sahara Desert, Africa
Imagine Bedouin life! Your life is sand and sand is your lifestyle. While it sounds very romantic, this people’s lives are filled with hardship and endurance. The Bedouin tribes are found in the Middle East and North Africa and in some countries, make up to 40% of the population. Many of them have found tourism is more lucrative that other activist. You might find them offering camel rides and guided tours in the desert. While respect towards camel is part of the Bedouin culture and tradition, one should be aware that there are many places that abuse and mistreat camel and horses used in desert tourism. 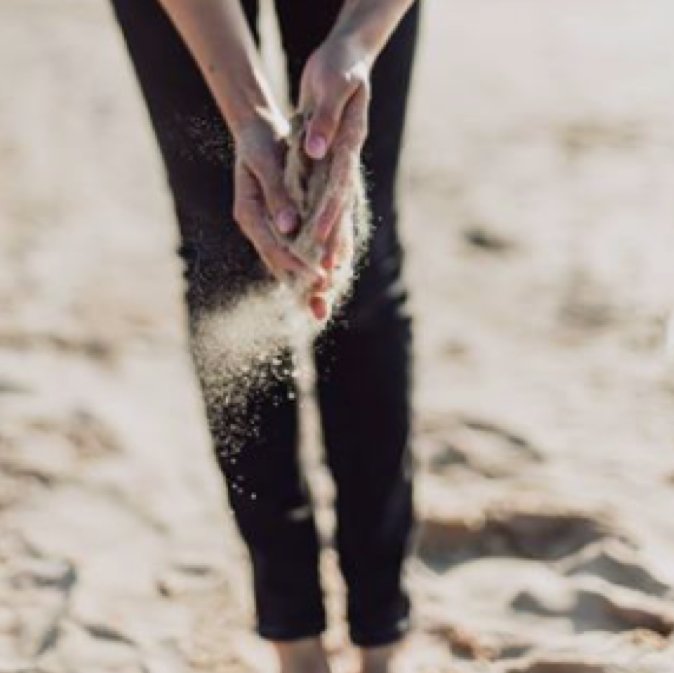 Lilaste, Latvia
Walking barefoot on sand, touching and playing with it has therapeutic effects, from reducing stress levels to channeling creativity. Kids love building sand castles. Some Desert people have a practice to bury themselves in the san and believe it is medicinal. Others just lay on it for hours. 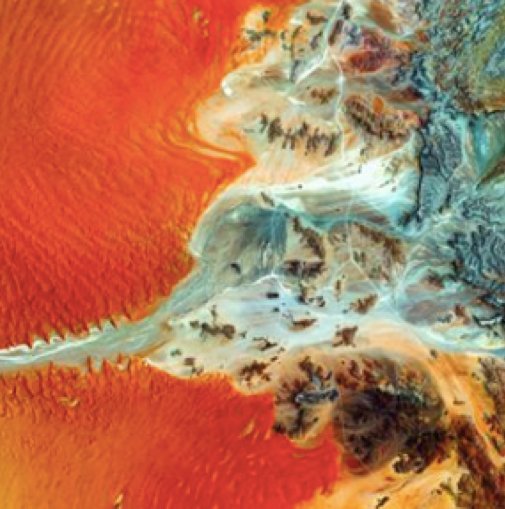 Hardap Region, Namibia
This is the world’s oldest desert, it has existed for at least 55 million years. It’s intense orange colours are breathtaking. It is hard to believe this completely devoid of water and bisected by dry riverbeds place can breed life.And yet sporadic and scarce rains, make its sands come alive with lush vegetation. Ironically one of the most inert materials on earth can be fertile. 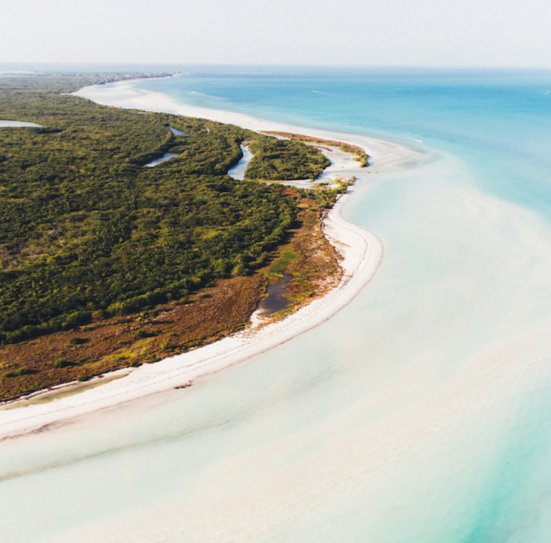 Holbox, Mexico
The 41 km (26 miles) long island is mostly an ecological reserve. Only a tiny proportion of used for human settlement. And the streets are paved with sand.

Holbox is also home to a beautiful natural phenomenon. At low tide, the receding waters reveal tide pools and ripples in the wet sand. Sandbars emerge like a mirage, a haze blurring the outlines of pelicans and other seafaring birds that congregate on the temporary islets.

Share on TwitterShare on FacebookShare on PinterestShare on LinkedInShare on E-mailShare on RedditShare on WhatsAppShare on PocketShare on TelegramShare on SMS
Posted in blog, Uncategorised