From wartime Budapest to postwar Munich, from life in a New York convent school to a bohemian lifestyle in London in the 60s, from stardom to hospitality, Catherine Schell has had a rich and inspiring life.

She has played leading roles in James Bond, The Return of the Pink Panther, Space: 1999 and you will be seeing her soon in an enigmatic role in BBC’s trilogy Dracula. In her first book Catherine describes herself as The Constant Alien. We can see why.

With a witty sense of humour and a soft and dreamy voice that has seduced millions on the screen, Catherine talks to us about her transition from the glamourous life in the spotlight to being a guesthouse owner, her latest book When God Was Out to Lunch and her views on authentic and mindful travel.

“I like to be surprised,
to discover and explore new places”

You had a successful acting career in London and you left it all to move to deepest France. Was the transition from acting to hospitality difficult? 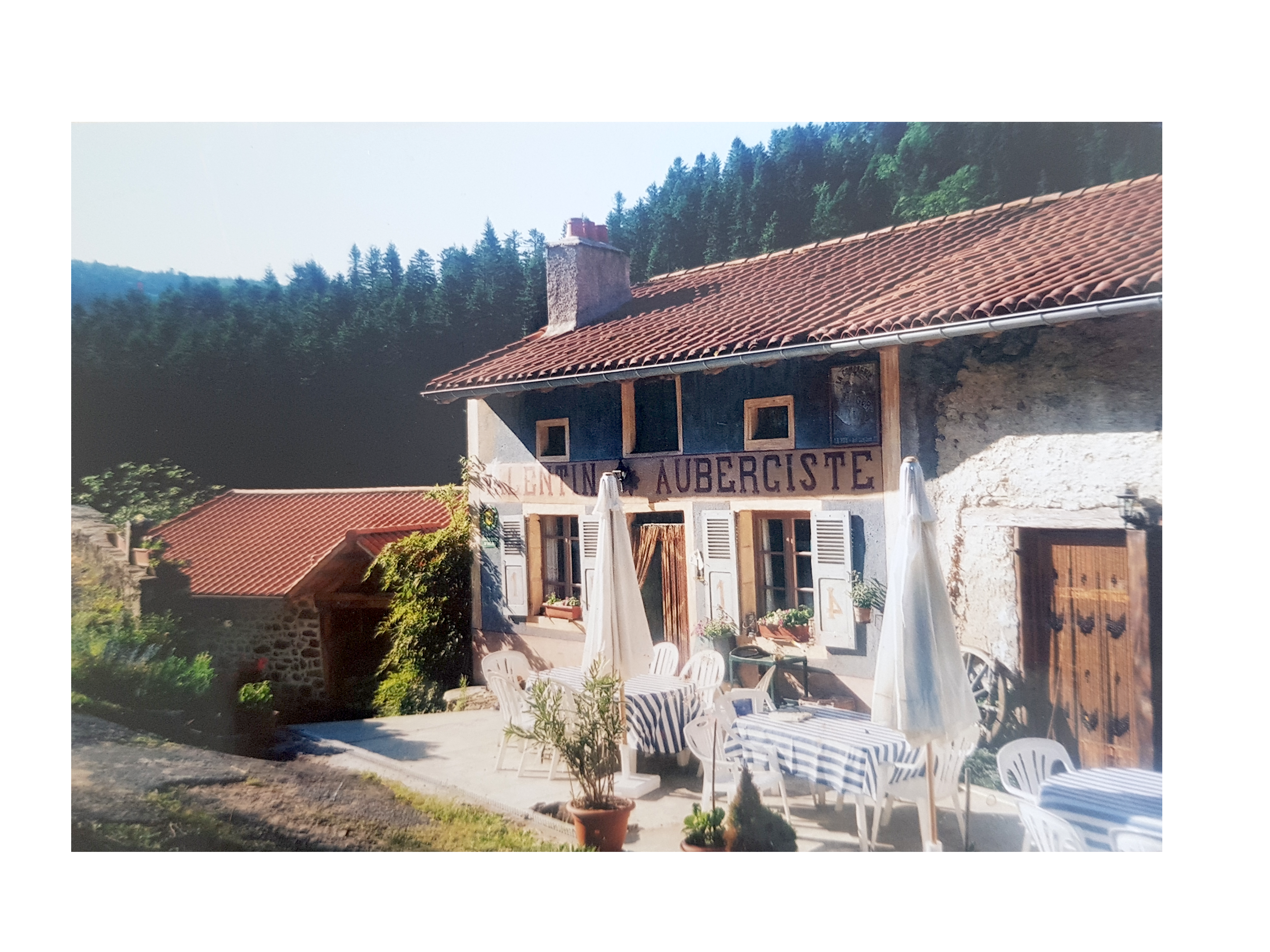 We bought the old auberge Valentin in Bonneval on a whim while filming in Le Puy. Bill, my husband, was directing and I was acting.

The place was a ruin, but we loved it. The people were darling and the scenery breath-taking. The Valentin became our holiday home. We would go to Bonneval three to four times a year and the change of culture, language and place seemed natural when we decided to move permanently and open a guesthouse. So the change was gradual.

Your latest book When God Was Out to Lunch is dedicated to this change.
What prompted you to write it?

I had reached a point in my life where I needed to commit my memories to paper. Bill was ill and the doctor recommended a year’s break from running our guesthouse.

What struck you as the biggest difference between acting and playing the hostess in real life?

Instead of going to see the world we welcomed the world into our home. I can describe this best with the words I have used in my book: “Bill and I observed with fascination the interaction between the different nationalities, or even the different ethnic groups from the same countries.”

I enjoyed playing the role of the hostess and often had to use my skills to judge people, in particular at dinner when having to decide on sitting arrangements and who would get on with whom. Sometimes I would have a charming smile on my face while cursing internally the impertinence of guests. But in all the years running the Valentin we were blessed with diverse and inspiring guests.

In your book the Valentin Guesthouse is described as a “very theatrical, British Guest House, where all human life was welcome”. What made it special and authentic for your guests?

The colours. The Valentin was so different from other French homes and guesthouses. We were inspired by colour and Bill used his artistic skills to paint the kitchen and living rooms in bright yellows and blues. This is how the 4 seasons were born. Each room had its own colour and particular decoration. Also dinners were a theatrical affair at the Valentin, as Bill loved directing and I would use my artistic skills to entertain our guests.

What do you look for when travelling?

I like to be surprised, to discover and explore new places. This is why I like my car. It gives me freedom to improvise and go without too much planning and consideration of train or plane schedules. I also look for anonymity when travelling, I like the privacy of a place.

How has travel change through the years?

Airplane travel used to be a glamorous affair. People felt it was special and dressed up for the occasion. There would be no checks, airports were smaller and you would be on the plane in no time.

Also, the whole concept of accommodation has change, in particular guesthouses and B&B. Guests would stay in the home of their hosts and share a moment with them. AirBNB has stolen this idea, added technology to it and turned it into a business.

You filmed On Her Majestic’s Secret Service 50 years ago in Murren. Recently you returned and stayed with one of our positive hosts, Hotel Eiger. Has the place changed?

Not much, there are some new chalets, but it remains the typical Swiss mountain village that it was 50 years ago. One thing I found surprising was the amount of Chinese and Japanese tourists going up the mountain, which is great for the place as it keeps it alive.

The owners of the Hotel Eiger, Adrian and Suzanna, and their team were absolutely charming and they are so mindful of their guests and the surroundings.

What are your recommendations to guests? How can they have authentic experience and make a positive impact on the environment and the communities they visit?

Nowadays it is much easier to find information about places. Do your research, use guides that have visited and checked places and have been reviewed. Beware of paid guides, be it through fees or commissions. During the years of running the guesthouse we saw paid guides’ fees skyrocketing. We found that the most and the best guests we received were from guides like Guide Routard, which did secret guest visits and wrote independent reviews.

Share on TwitterShare on FacebookShare on PinterestShare on LinkedInShare on E-mailShare on RedditShare on WhatsAppShare on PocketShare on TelegramShare on SMS
Posted in blog, Uncategorised and tagged Interview with Catharine Schell